Where is our GuestHouse?...

If you come by train, click here. if you prefer by plane, click there !
(But both case you have to rent a car to reach our Guest House) 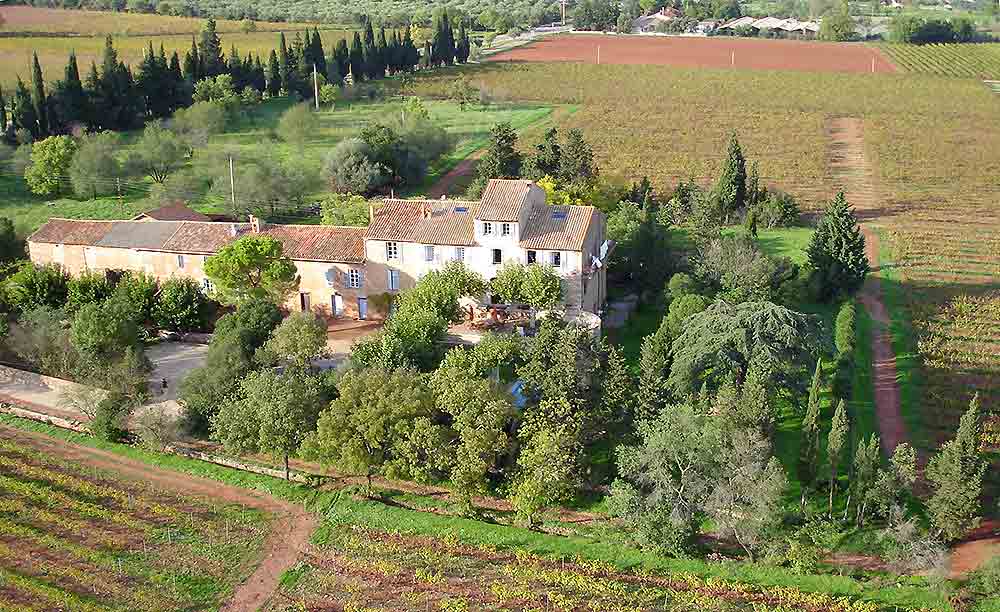 The Plaine des Maures is undoubtedly one of the most remarkable natural sites in Provence. Forming a geographical entity with the Massif des Maures (a small mountain range whose peaks form its southern limit) it is bordered by limestone hills in the north and west. This magnificent landscape is often compared to the African savannah and is unique in France and Western Europe. Parasol pines amid pink sandstone outcrops and sparse cork oak scrubland are set against the blue background of the Massif des Maures.

The Var department is located in the most extreme south-easterly point in France and has an unsurpassable climate, except in early spring when the heavy showers arrive. Toulon is the departmental capital of the Var with a population of over 160,000. It has the biggest harbour in mainland Europe, and France's Mediterranean navy fleet use the city as its base. Toulon is a historic centre in many ways

To the east of the Var you'll find the town of Hyeres, which is a great blend of both Provence and Cote d'Azur culture. There are few other places that offer exotic palm trees on a sun-soaked coast together with a medieval old town and other historical interests - imagine spending your holidays here!
The very famous St-Tropez is a stunning town architecturally and is celebrated for its glamorous lifestyle. It has a population of just 6000 in the low season, but as the temperature increases for the summer months the population explodes!
Further up the coastline and you'll come across the tourist resorts of Frejus and St-Raphael with their stretching sandy beaches and Roman remains. Not to be missed is Port-Grimaud. Built along a network of canals, the city bears a striking resemblance to the Italian city of Venice. The city is very attractive, although the top prize goes to Bargeme, which is widely acknowledged as one of the prettiest villages in the whole of France. 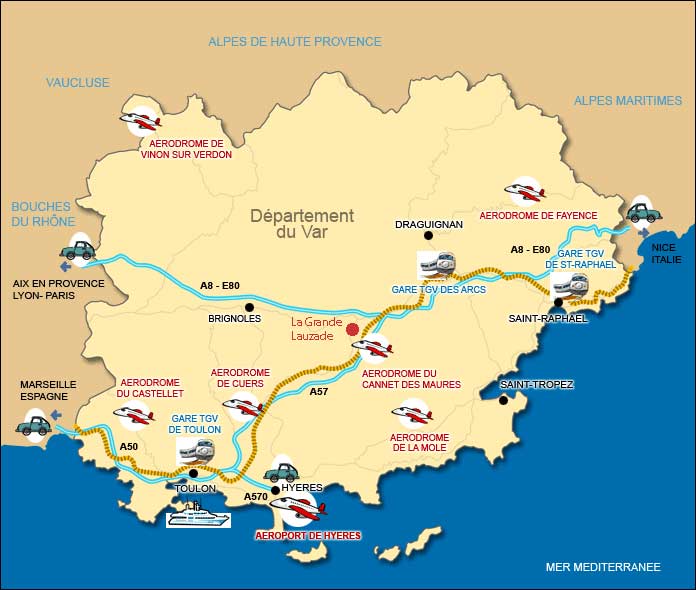 The Provence-Cote d'Azur region lies in the far south of France, along the Méditerranean coast from the Italian border to Marseille, then north to the Haute-Alpes. Famous glamorous French holiday resorts like Cannes, Nice, and St Tropez make the French Riviera one of the most fashionable holiday spots in the world to rent gites, guest rooms, self catering or apartments. Away from the coast you'll find here around (less one hour drive) quiet medieval villages, woodlands, lakes, and those famous fields of lavender. Then of course there's that fabulous Mediterranean sunshine in which to enjoy your French holidays... 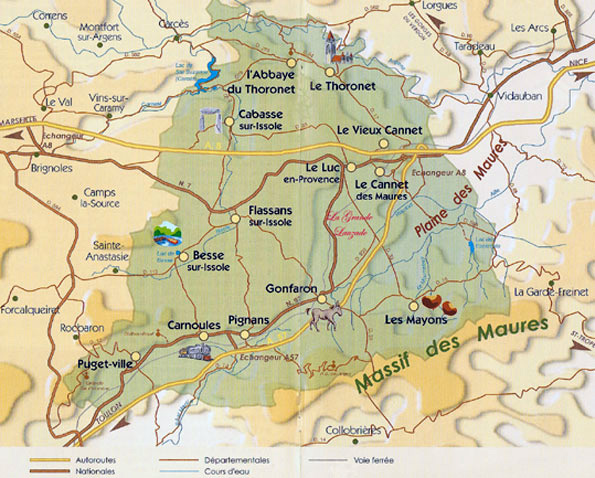